In the last 200 years, their distribution area has shrunk dramatically and today is less than three percent of its original size. The kulan (Equus hemionus) is on the Red List of the International Union for Conservation of Nature (IUCN) and is considered "endangered". When the Soviet Union ended, their population in Kazakhstan decreased and there are now many spacious areas, often almost deserted. At the same time, kulan populations in protected areas such as the Altyn Emel National Park, have recovered so that individuals can be relocated from there to the other deserted areas. One such area is the Central Kazakh steppe. 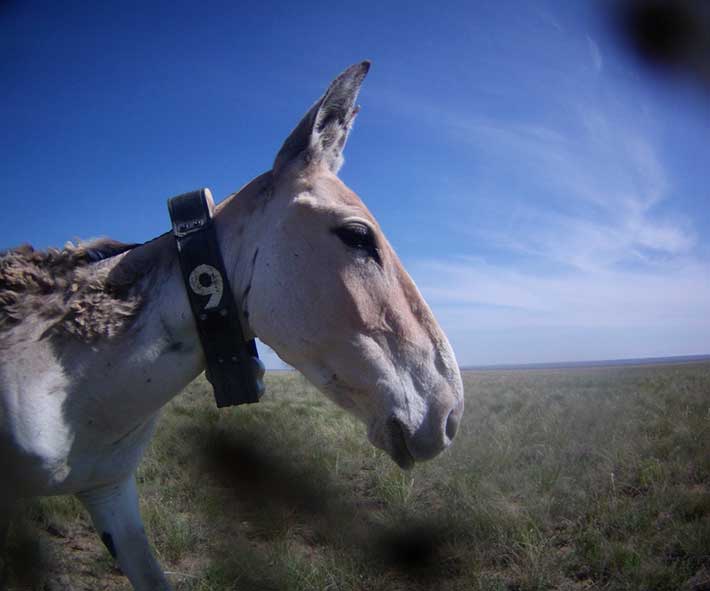 Nuremberg Zoo is involved in an international project to resettle kulans in the Kazakh Altyn Dala protected region. Catching and caring for large wild animals requires a great deal of expertise. Nuremberg Zoo has many years of experience in keeping and transporting kulans. This knowledge has already been put to good use on site. An important contribution was made by the Assoc. Friends of Nuremberg Zoo, which financed several GPS transmitter collars for the project, some of which are equipped with cameras. This allows the animals' movements to be tracked - and the animals can also take self-portraits (see picture).

The zoo is working with the Norwegian Institute for Nature Research (NINA), the Association for the Conservation of Biodiversity of Kazakhstan (ACBK) and the Frankfurt Zoological Society (ZGF) on the kulan project.

Kulans are kept and bred in the Nuremberg Zoo. 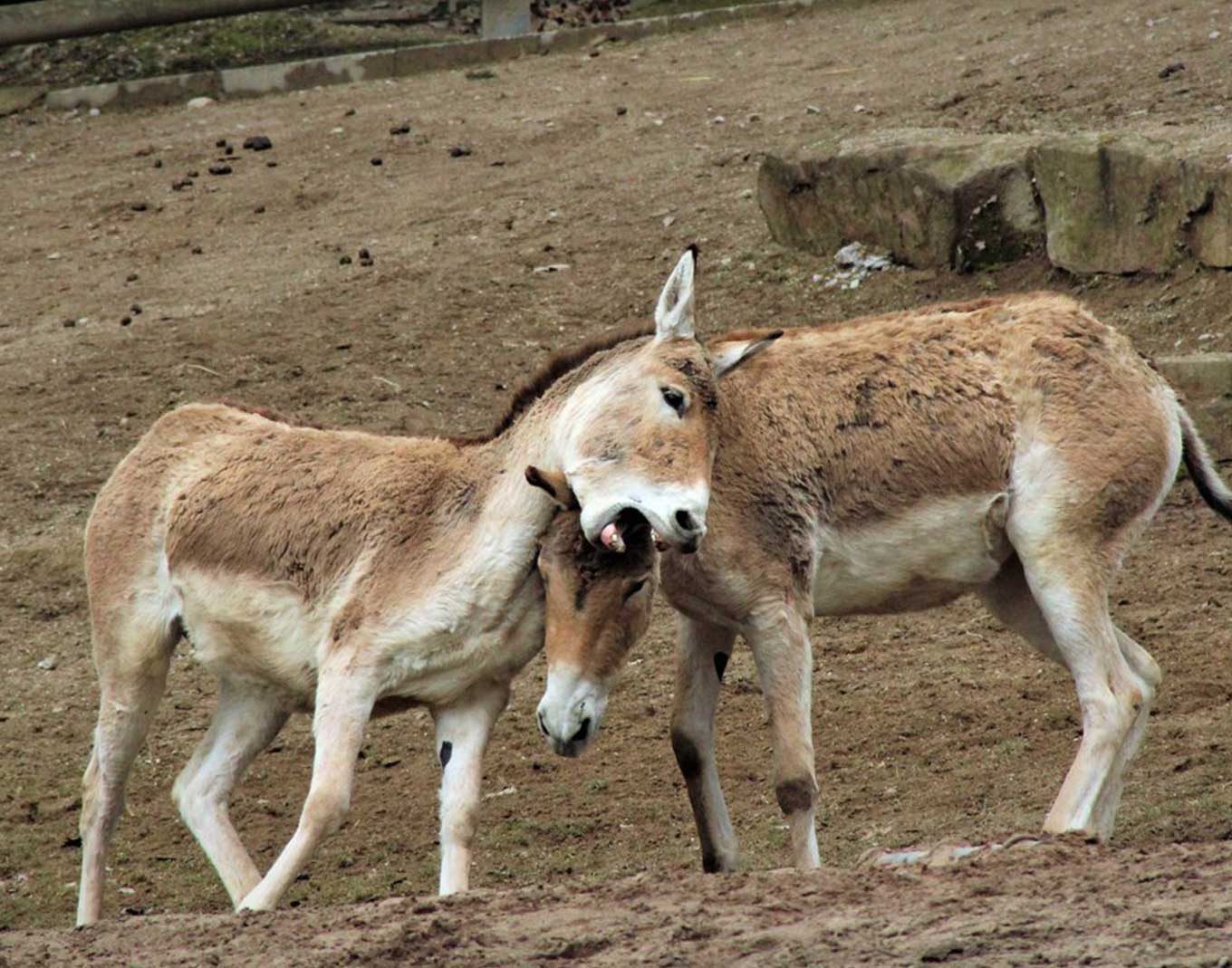 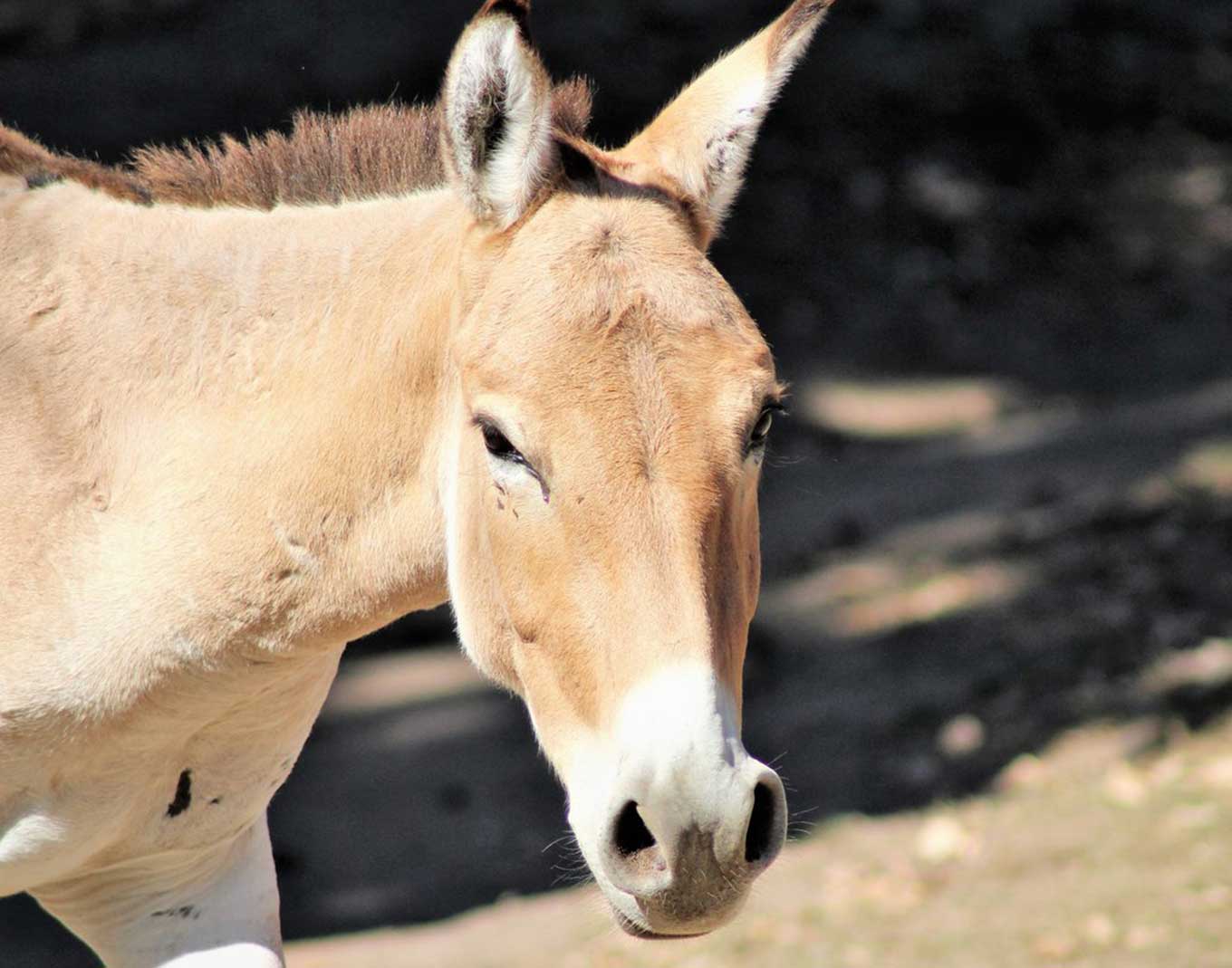 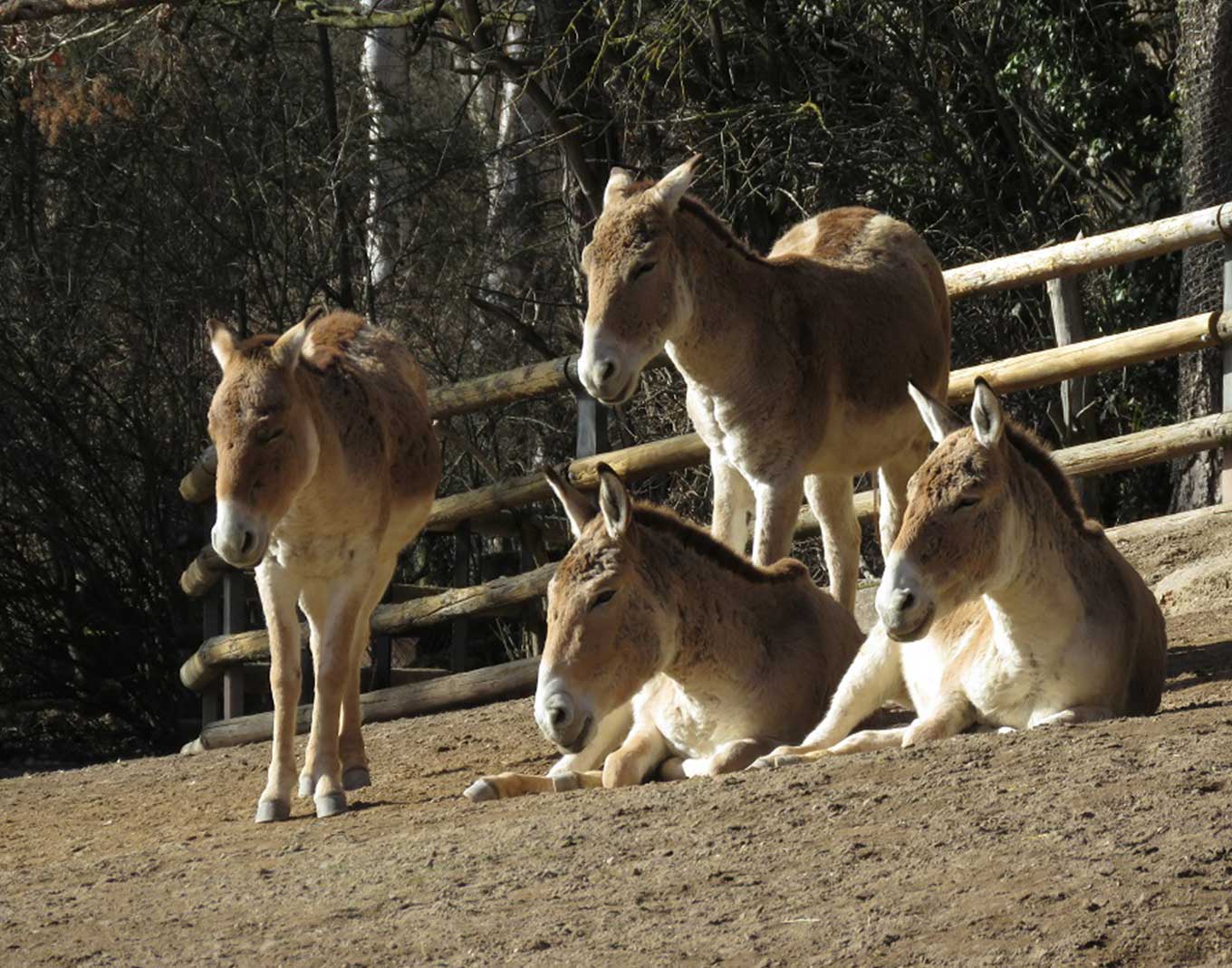 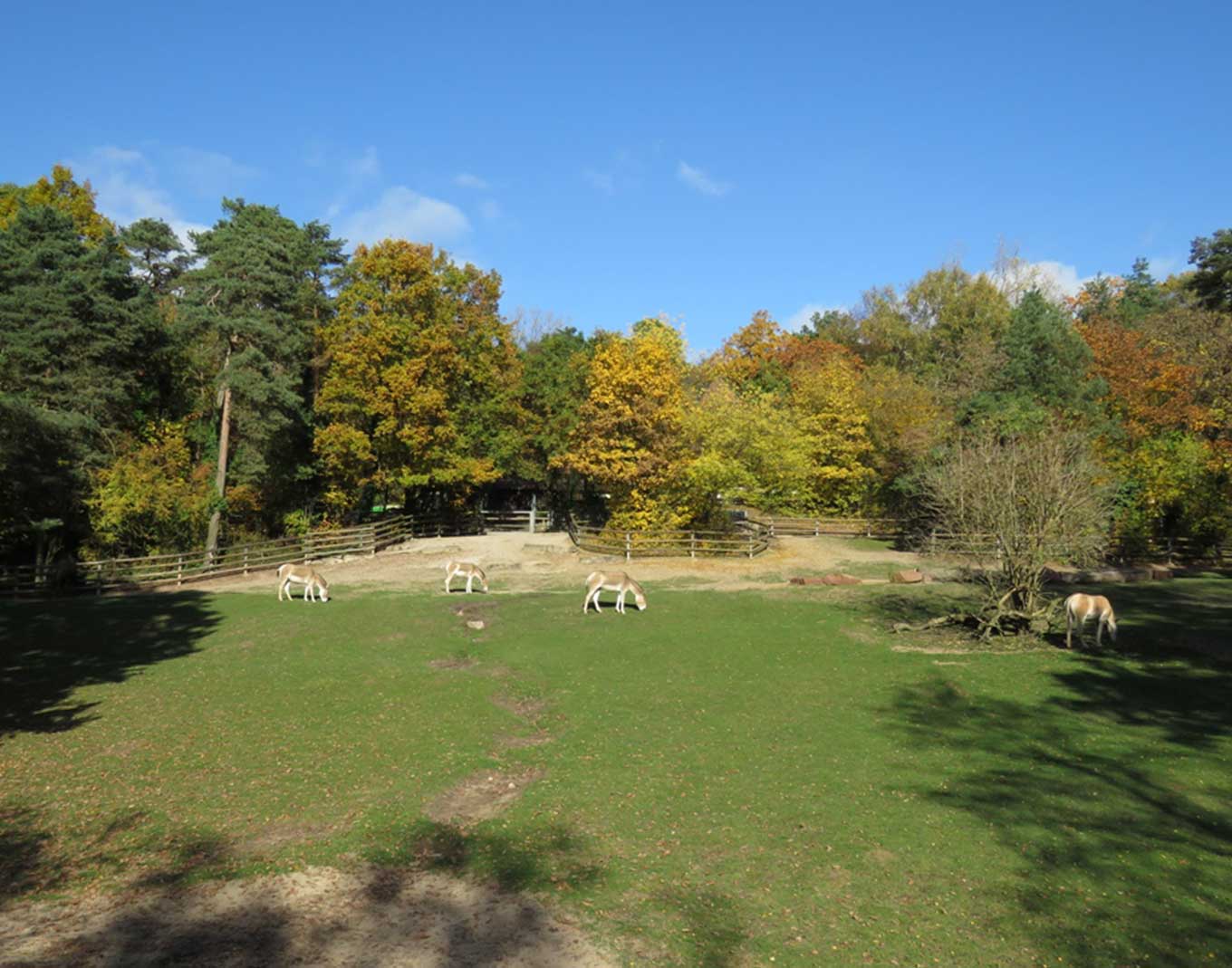 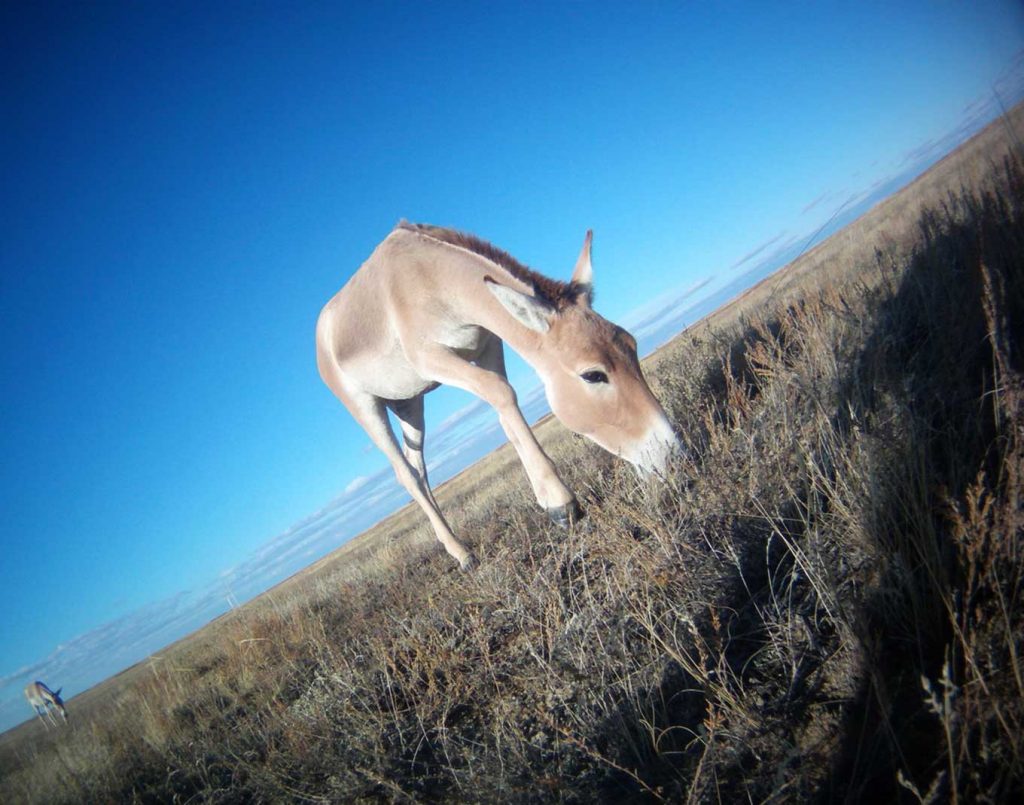 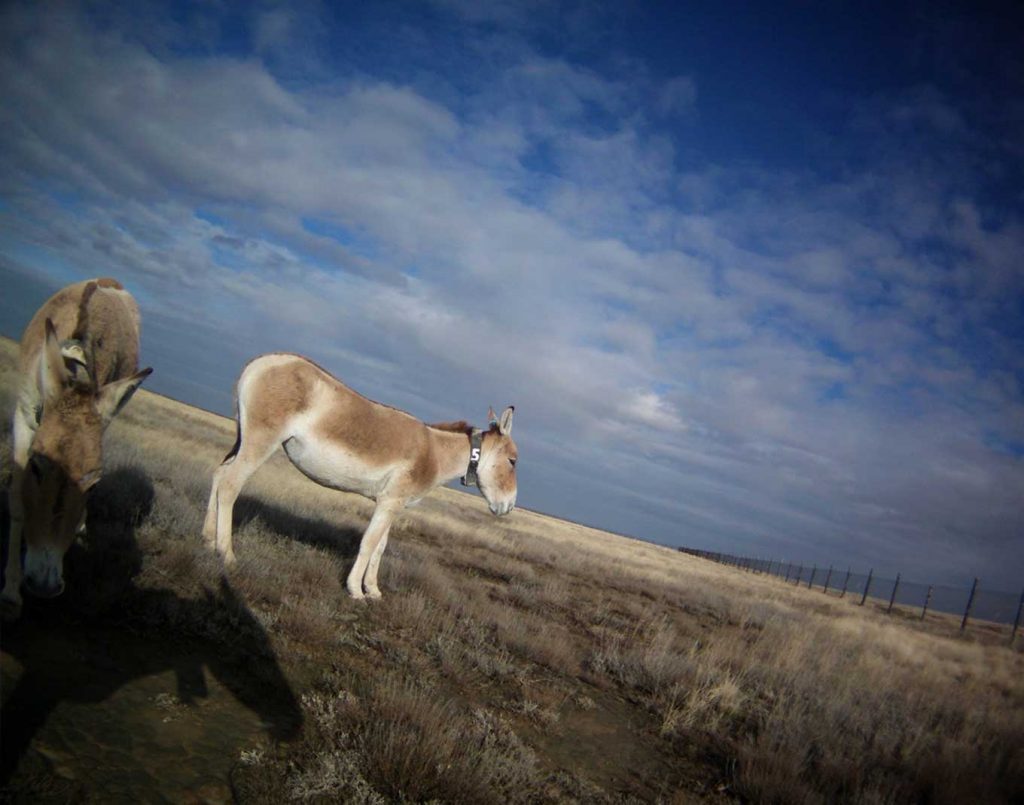 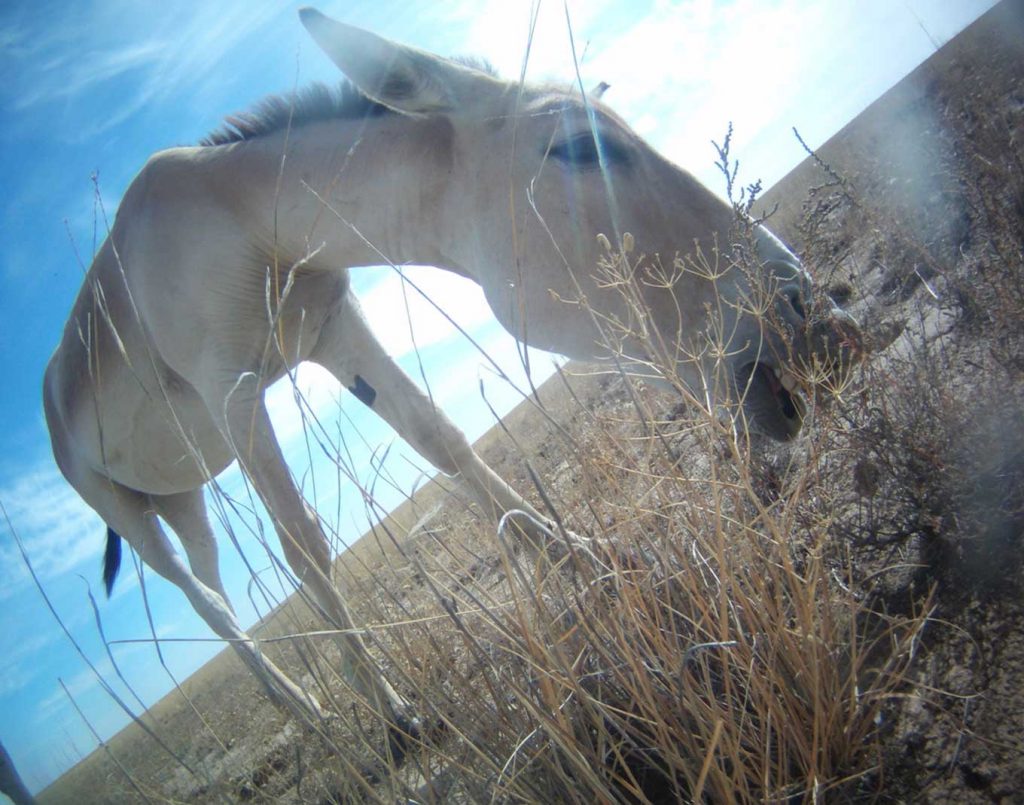 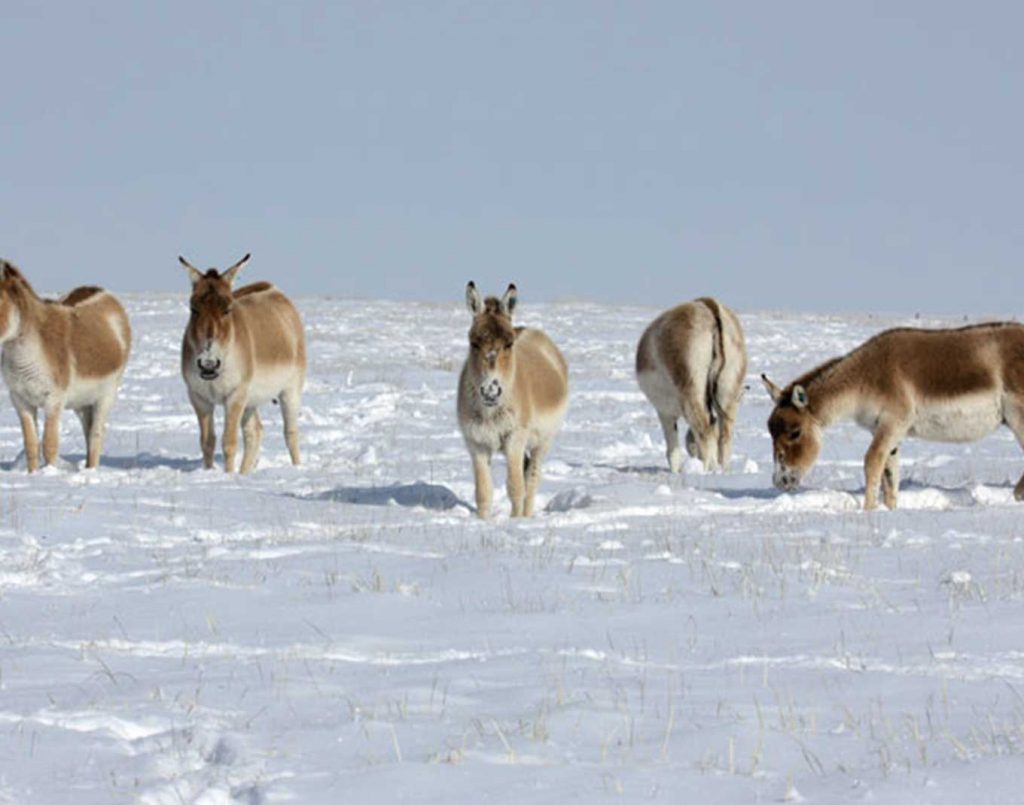