The vaquita (Phocoena sinus) is one of the smallest cetacean species in the world, living exclusively in the northern Gulf of California and, with 4000 km² (which is only slightly larger than the island of Mallorca), also has one of the smallest distribution areas. This distribution area overlaps with that of the totoaba (Totoaba macdonaldi), a large fish from the Sciaenidae family. Totoabas, also critically endangered, are fished intensively because of the value of their swim bladder, which is believed to possess healing properties according to traditional Chinese medicine. Vaquitas are often killed in gillnets and ghost nets designed to capture totoabas. In recent years, vaquitas numbers have plummeted. In 1997 there was an estimated number of 567 individuals, their population decreased to only 30 individuals in 2017 and there is currently estimated to be only 9 (!) individuals left. 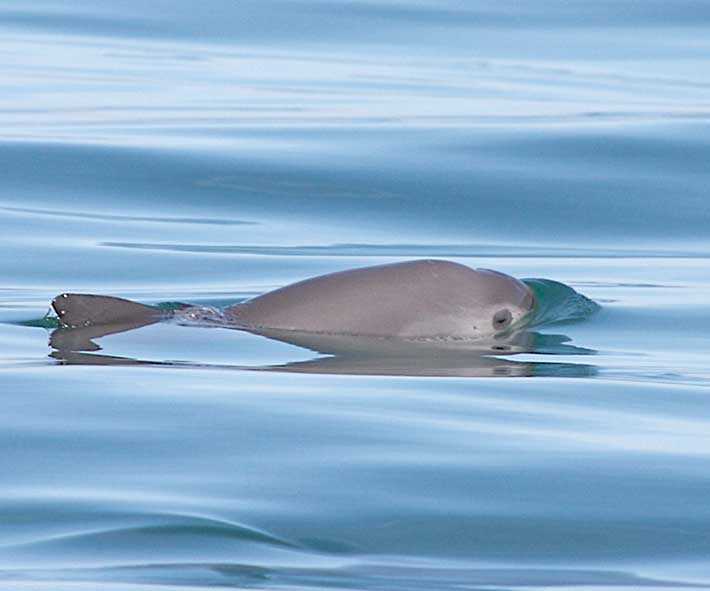 In order to save the vaquita, it is vitally important for us to undertake various measures. The Nuremberg Zoo, together with Yaqu Pacha e.V. and the Association Friends of Nuremberg Zoo, launched the “Vaquita Don’t Quit!” campaign, aimed at raising public awareness of the imminent extinction of this species. Additionally, the campaign directly supports the protection of the last vaquitas by promoting programs to clean up ghost nets, in which the animals continue to die.

The financial support of species protection in the wild (in situ) is an important issue for the Nuremberg Zoo. 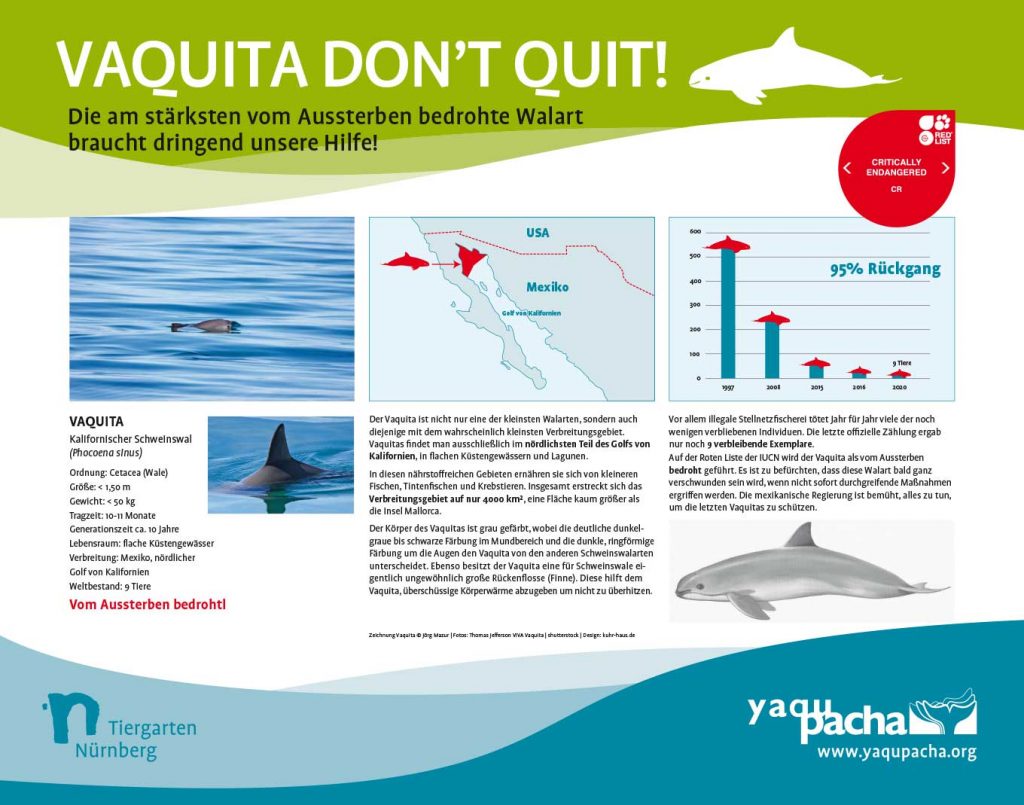 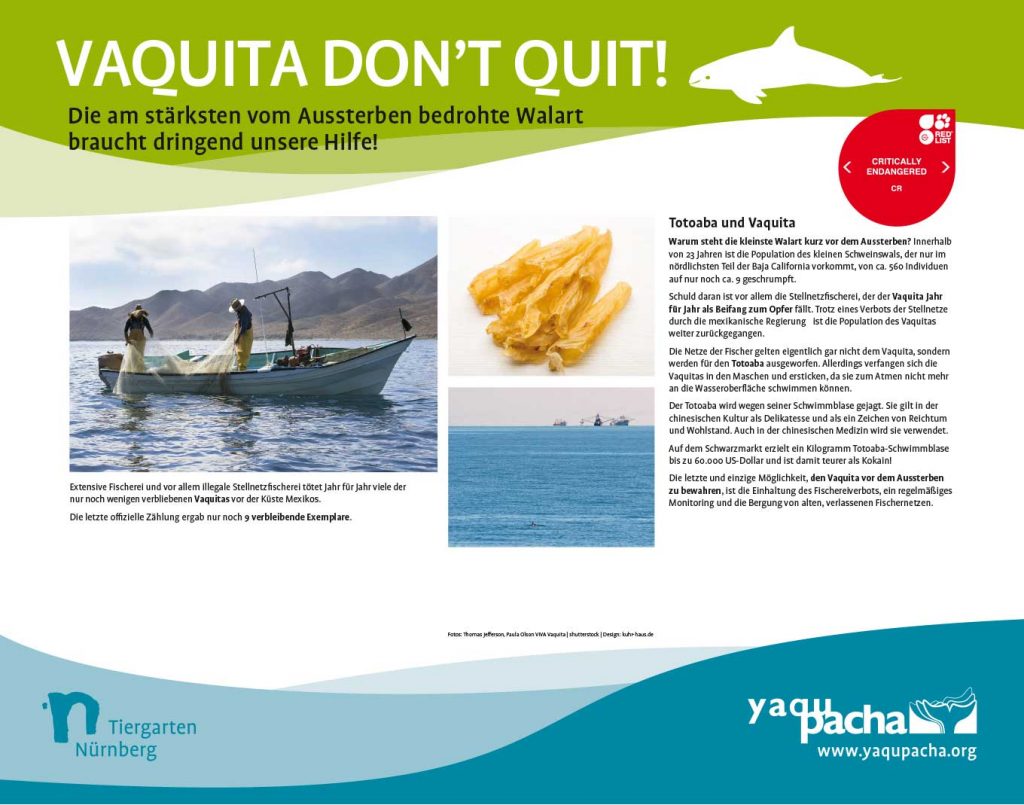 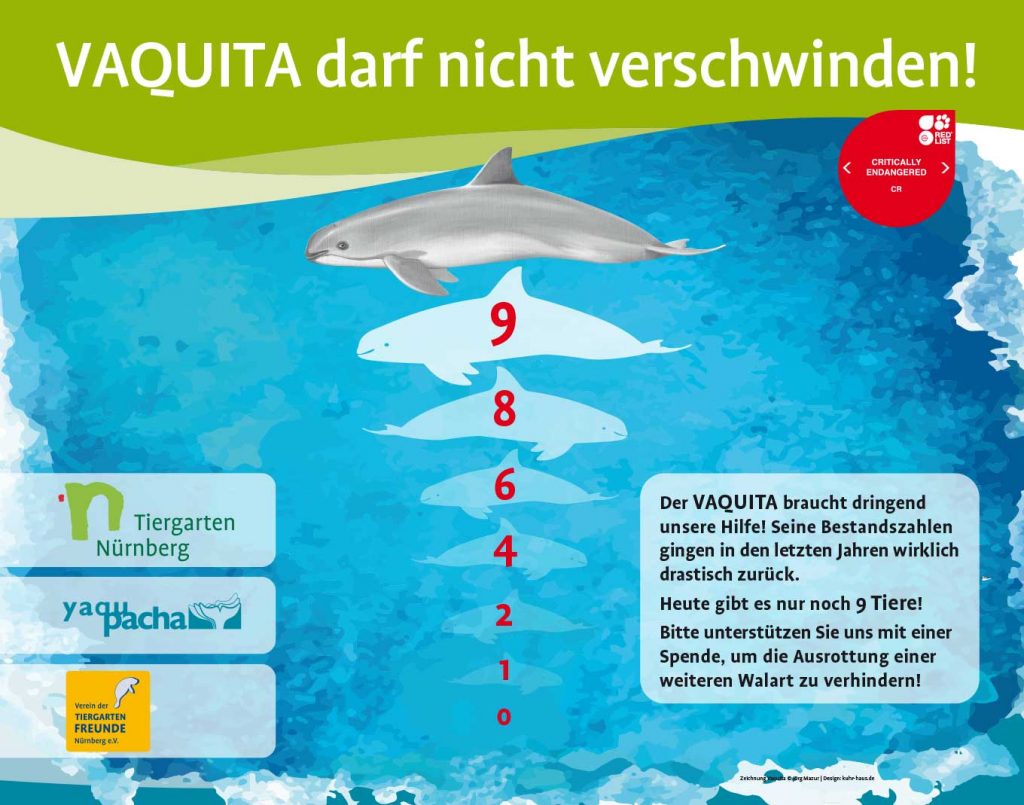