The Atlantic humpback dolphin (Sousa teuszii) occurs in (sub)tropical waters along the Atlantic coast of Africa. Very little information is available on its distribution, ecology, movements, population size, status or mortality rates, since few targeted field studies of the species have been carried out. Atlantic humpback dolphins are currently known to inhabit 13 countries between Western Sahara and Angola, with their occurrence in an additional six potential range states remaining unconfirmed. Their distribution and abundance are likely to be naturally-restricted by habitat availability, since the species has a preference for shallow (<20 m depth), tidally-influenced areas, including estuaries, exposed coastlines, mangrove creeks and seagrass banks. No abundance estimates are available for any country, but anecdotal evidence and limited photo-identification studies suggest that local populations are small (not exceeding a few hundred animals).

Over the last two decades, scientists have become increasingly concerned about the conservation status of Atlantic humpback dolphins. During 2017, the species was uplisted by the IUCN from Vulnerable to Critically Endangered. A summation of available estimated or presumed population sizes indicated that the total global population likely comprised no more than 3,000 animals. Their limited distribution, combined with small population sizes and high spatial overlap with the coastal areas heavily used by human populations, mean that the species is particularly vulnerable to anthropogenic pressures. Immediate threats include accidental bycatch in fishing gear, deliberate hunting as ‘marine bushmeat’, and habitat degradation or loss (for example, from pollution, dredging, or coastal development). Bycatch, particularly associated with artisanal gillnet fisheries, is likely the single most prevalent range-wide threat to the species, and is considered unsustainable in some regions (for example, the Republic of Congo). Mitigating the threats to Atlantic humpback dolphins is hindered by factors including the lack of available scientific data on the species and the widespread human poverty occurring across the species range. In particular, the importance of artisanal fishing for the protein intake and livelihoods of coastal communities, make it challenging to address dolphin bycatch in gillnet fisheries. 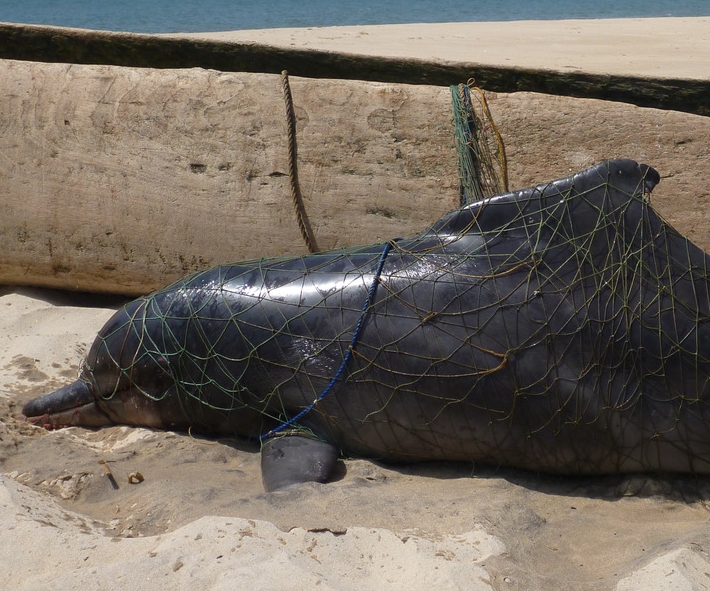 The Friends of Nuremberg Zoo and NUREMBERG ZOO are providing funding to the Consortium for the Conservation of the Atlantic Humpback Dolphin (CCAHD), which was established in 2020 to work towards the long-term sustainability of Atlantic humpback dolphin populations and their habitats through research, awareness, capacity-building and action. The CCAHD is working closely with other organizations including the CMS, the IUCN–SSC Cetacean Specialist Group and the Integrated Conservation Planning for Cetaceans (ICPC), and the International Whaling Commission’s Africa-Focused Sousa Task Team, with the aim of reinvigorating conservation efforts for Atlantic humpback dolphins in a three-fold approach:

The funding received from The Friends of Nuremberg Zoo and NUREMBERG ZOO plays a vital role in initiating these activities, including the development of a trilingual website to engage local people in all Atlantic humpback dolphin range states, and the employment of a CCAHD Coordinator. The Coordinator is vital for progressing the scientific Working Groups, which aim to evaluate and prioritize the actions needed to implement concerted conservation management efforts for this critically endangered species.

CONSORTIUM FOR THE CONSERVATION OF THE ATLANTIC HUMPBACK DOLPHIN (CCAHD)